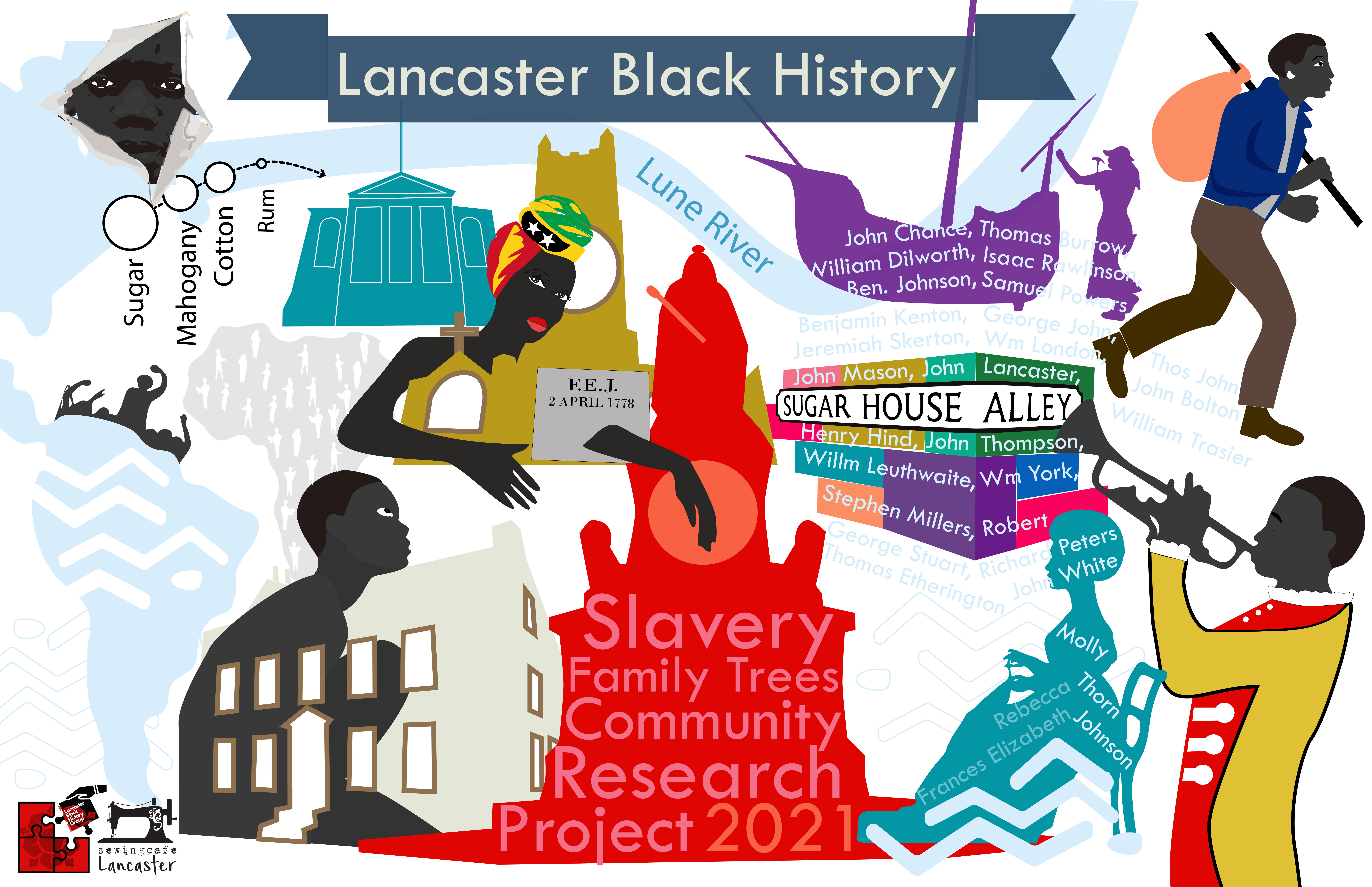 Facing the Past and Transforming the Future: Exploring Lancaster’s links to Transatlantic Slavery

Lancaster Black History Group (LBHG) is a new grassroots community group of local residents working to fight racism through education. Over the last 10 months, members of the local community have been working alongside LBHG members (Dr Sunita Abraham, Prof Imogen Tyler, Prof Alan Rice, Jamie Reynolds and Geraldine Onek), supported by historians (Melinda Elder, Dr Mike Winstanley, and Dr Nick Radburn), and staff from Lancashire Archives and Lancaster Museums, to examine Lancaster’s historical links to transatlantic and plantation slavery. Over 30 members from the community have researched the ways in which prominent local families in 18th century Lancaster were associated with transatlantic slavery, and how this has influenced the economic growth and development of Lancaster and the surrounding areas. The Slavery Family Trees project examines their family trees and highlights the interconnections both locally and globally to other families, business and faith groups associated with direct and/or indirect links to the slave trade and plantation slavery. This conference provides an insight into some of these findings by highlighting how schools, university students, voluntary organisations, community and faith groups from across the city have come together to produce and record community stories and learning that will allow local people to work together to face the past, and in doing so transform the future. This project has been funded by a small grant from the Necessity platform.

Alongside talks from community researchers, the day will be introduced by Professor Alan Rice, with talks from invited speakers:

• Prof Catherine Hall who led on the Legacies of British Slave Ownership project at UCL which inspired our Slavery Family Trees project.

There will also be the launch of:

For further details take a look at the conference outline and programme.

To use this platform, the system writes one or more cookies in your browser. These cookies are not shared with any third parties. In addition, your IP address and browser information is stored in server logs and used to generate anonymized usage statistics. Your institution uses these statistics to gauge the use of library content, and the information is not shared with any third parties.